What Should We Tell Our Daughters? 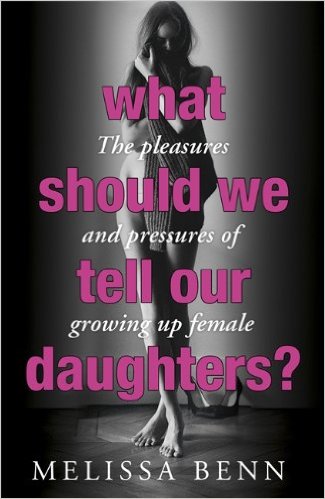 What Should We Tell Our Daughters?

We have reached a tricky crossroads in modern women’s lives and our collective daughters are bearing the brunt of some intolerable pressures. Although feminism has made great strides forward since our mothers’ and grandmothers’ day, many of the key issues – equality of pay, equality in the home, representation at senior level in the private, public and political sectors – remain to be tackled.

Casual sexism in the media and in everyday life is still rife and our daughters face a host of new difficulties as they are bombarded by images of unrealistically skinny airbrushed supermodels, celebrity role-models who depend on their looks and partners for status, and by competitive social media.

The likes of Natasha Walter and Katie Roiphe deal with feminism from an adult point of view, but our daughters need to be prepared for stresses that are coming into play now as early as pre-school.

This is a manifesto for every mother who has ever had to comfort a daughter who doesn’t feel ‘pretty’, for every young woman who out-performs her male peers professionally and wonders why she is still not taken seriously, and for anyone interested in the world we are making for the next generation.

“Benn grapples eloquently with character, self, confidence, anger, the unquantifiable but elemental traits that make us human…but it is her call to the mind and the soul that I will outright steal: I believe we owe our daughters curiosity: the chance to be, or become, strangers, even to us, as we inquire of, and show are selves willing to hear, wishes and dreams we may never have imagined.”
– Financial Times

“A Bible for…
Any young woman who has ever doubted herself,
Any brilliant mind who has ever felt unworthy for not carrying off the latest faddy fashion trend or sexualised beauty look.
Any modern-day Goddess who feels destabilised and lost.”
– All Walks blog

“An intelligent and captivating read . . . you’ll want to lock yourself away and devour it from beginning to end.”
– Psychologies

“Benn’s writing is profoundly reasonable, while infused with a spirit of creative rebellion, pleasure and fun. I particularly liked her reflective musings on her own pregnancy when she felt simultaneously ‘dismembered’ and ‘energized’, and her evocative account of repeating with her own daughters her mother’s practice of waving her off to school. This is a good book for daughters, for sons, and indeed for all of us.”
– Sheila Rowbotham, The Independent